The windows will be some of the most vulnerable areas of a home, and while the glass breaking can be a source of substantial water damage to the building, it is not the only way that the windows could contribute to this damage. It is also possible for the seals around the window frame to fail in such a way as to allow water to enter into the structure. Often, this damage will go unnoticed as it will occur in the space between the walls or other areas where you are unable to see.

The plumbing pipes that transport the water throughout the home can be an instrumental part of the house. Most of the time, the pipes in the home will be very reliable, but there will be instances where some sections or components of the piping will fail. The seals will often be a component that is the most likely to fail and result in water leaking out. In addition to the risk of the seals suffering failures, the pipes may also rupture. Freezing is one of the more well-known causes of pipes freezing, but it is not the only potential threat. Corrosion can also weaken the pipes enough to make them extremely likely to rupture.

When water damage is limited to a single area of a home, it will be far easier to repair. However, widespread interior flooding can be an issue that some homeowners will have to address. This is one of the more devastating types of water damage to experience as it can cause extensive damage to the entire interior of the house. Unfortunately, this damage does not have to occur in response to weather-related flooding. Rather, pipes rupturing and other plumbing issues can easily spill enough water to allow these damages to occur.

Large amounts of water can create the most dramatic water damage. However, poor ventilation can also contribute to water damage by allowing condensation to gather, which prevents it from evaporating. This will create conditions that allow for rot, mold, and other types of water damage to occur. 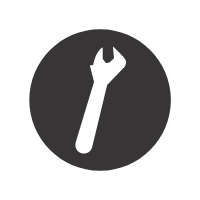 When something breaks, what do you do with it? Some people throw it away. Others have it repaired or restored. If you are someone who prefers to repair and restore your items, then you're going to love this website. We offer articles here on all sorts of repair topics. Whether you're dealing with a broken washing machine or a struggling furnace, you'll find advice here. Learn how to fix it — or how to find a professional to make the repairs. We are not repair professionals ourselves, but we are passionate about the topic and we do good research, which ensures you find the information here valuable and insightful.

Flooding of the interior of your home can be one o …

If your home has been damaged by fire, it can be a …

Has your home or business suffered flooding or a b …

As an owner of a commercial building, it is import …

Many times when an appliance, such as a vacuum cle …